The blurb on this in the book calls it “an Italian comfort food classic!”  I couldn’t agree More.

This is the first dish I am making- and I am not making it for ten people, so I did pair down this recipe substantially.  Good for my math skills.  Especially since it calls for two pounds of shells, but the box is sold as 12 oz.  Might I say, “mama mia!”

I did as recommended and made a full size batch of the classic tomato sauce since it has such a long simmer.  I assumed I would be using it in the future. 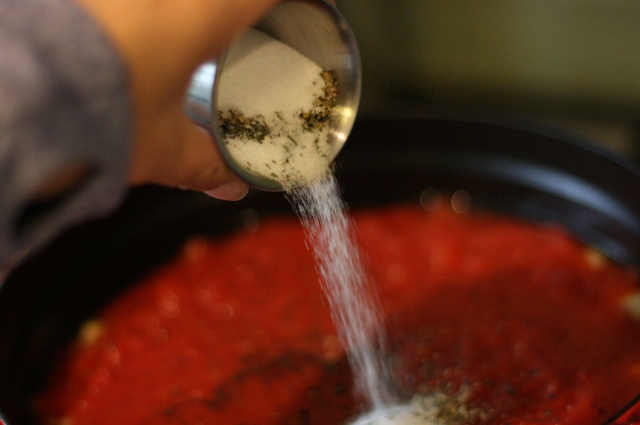 This is good stuff.  Doesn’t taste super fresh like a summer tomato sauce- but very rich and comforting.  Yum. 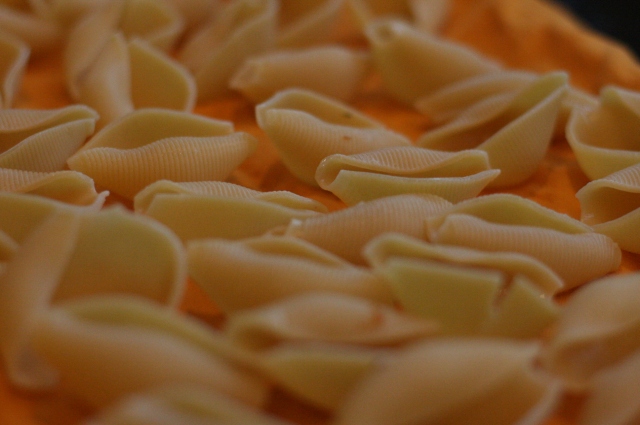 Shells are boiled for a short time and set to dry out on a towel. 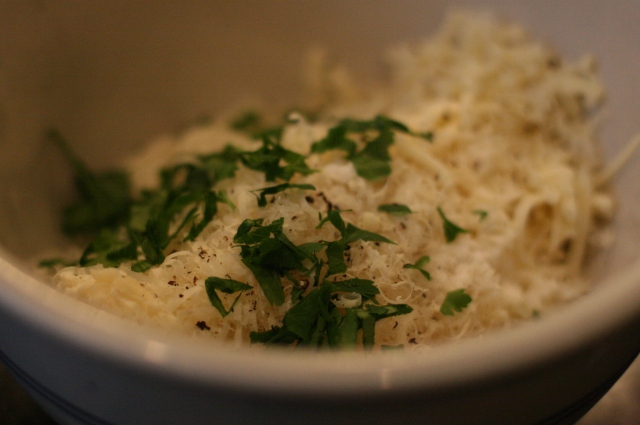 Make your fatty filling.  Ricotta, Mozzarella, Parmesan, parsley and egg- mix this together and fill those shells.  This is where it got a little wonky for me.

She fits all of her shells (two lbs) in a 9×13 pan.  I needed to divide mine up in much smaller portions- but then when I put the sauce on top, I didn’t think that there was enough in each one to finish cooking the shells- so I doubled the sauce.  They ended up looking something like this…

Four loaf pans and a small ramekin!  Foster Family will be eating this for a while I suspect.

These bake for a while (30 min) or until bubbly.

They turned out GREAT.  Very comforting.  Of course Mason wouldn’t touch them due to the parsley invasion and the specks in the sauce- but Mark and I liked them very much. 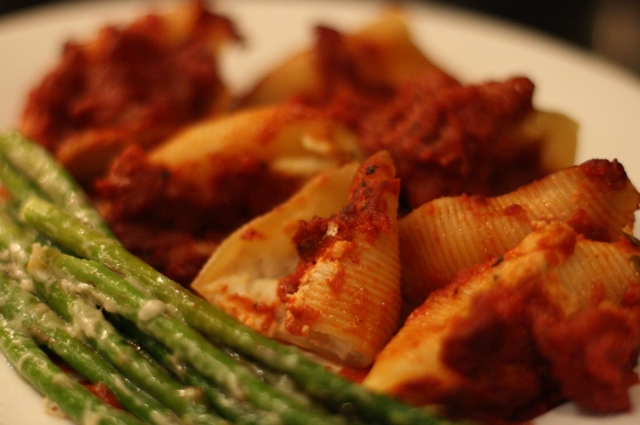 I paired them with the broiled asparagus in menu three- also delicious.

In retrospect, I probably should have put more shells in each pan- stacked them instead of a single layer.  I think then I wouldn’t have had to double the sauce.  But it was still tasty.

We had a left over pan a couple of days later and I left it wrapped in foil for the bulk of the baking- and that seemed to help cook the shells too.

So far so good!

From Menu 48, Whatever Happened to Sunday Dinner

This entry was posted in Italian, Main, pasta, Side Dish. Bookmark the permalink.