Tuesdays I cook with my Son.  Usually it’s enjoyable- sometimes painful- but it definitely gets him to try a greater array of foods, and I feel like I’m doing a service by helping to create another person who can find his way around a kitchen.

He gets to pick what we make- with parameters.  This week, I had said we are making our Tuesday dinner from our new book- Date Night In.  Pick anything from this book…

Parameters should have been tighter.  As he chose Chocolate.  Who can blame him? 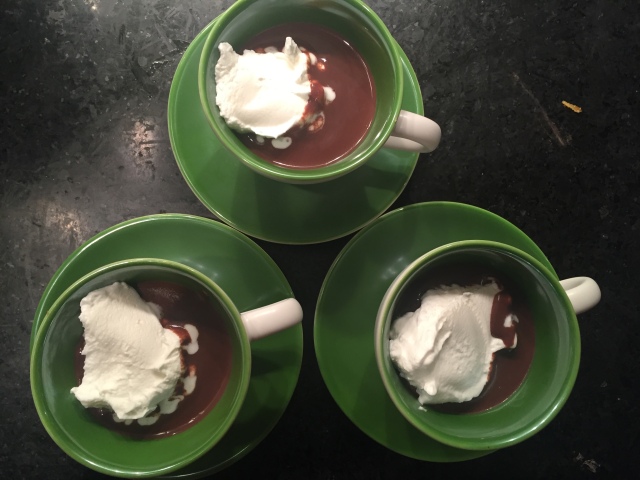 This is a drinking chocolate… and it IS delicious.  I understand why the author, Ashley Rodriquez, touts it as one of her favorite desserts.  Rich, warm, just the right size, and dangerously easy to make. 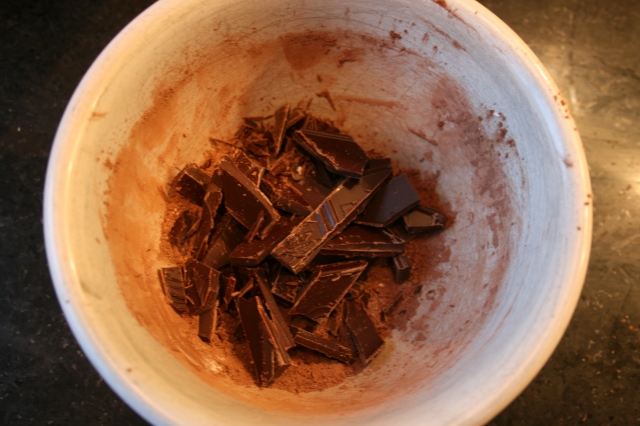 For anyone who can think back to 2005 it really reminds me of Starbucks Chantico Drinking Chocolate.  The product ultimately failed- probably due to the six ounce size that Americans couldn’t quite understand- and that it was a dessert- that you drink?  I shouldn’t get a Venti?  What?  But it did have an addicting quality.  At the time, I had a house guest who would crave it so badly in the night that I would wake up nearly every  morning to some evidence of a very late night Chantico run.

The author said that she first had this dessert ten years ago… makes me wonder if she was doing late night Chantico runs too… probably a coincidence. 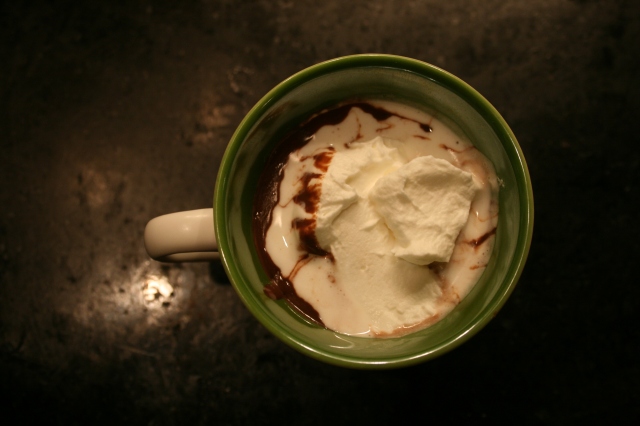 This entry was posted in dessert. Bookmark the permalink.