This sounded so good, and I’m always a fan of a good chopped salad. I am used to making the Cucina Cucina Chopped Salad recipe, so this was a good chance to compare. First off Dwane said “Chopped Salads don’t use Romaine lettuce!” So I substituted Romaine for regular iceburg. Since he is my main audience I had to oblige. 🙂

Here’s a little over-all comparison of the two recipes. The dressings were very similar. The CC dressing called for an egg yolk (slightly cooked) which may or may not make it a little creamier. It also called for dry mustard in addition to Dijon. Otherwise, they tasted pretty much the same. As for the ingredients, there were a few more differences. The SC recipe called for turkey breast and green pepper. Where as the CC recipe called for chicken breast and green onions. I liked the addition of the green pepper cause it gave it some crunch. I would however do a little chopped green onion for some zing, as well as some chopped basil to give it that extra freshness. The one last difference in these two recipes was that the CC recipe called for half mozzarella and provolone cheese. I couldn’t really tell the difference with just mozzarella.

In the end, I would definitely make this salad again. The dressing was easier than the CC dressing and it is a fast and easy recipe for weekday meals. 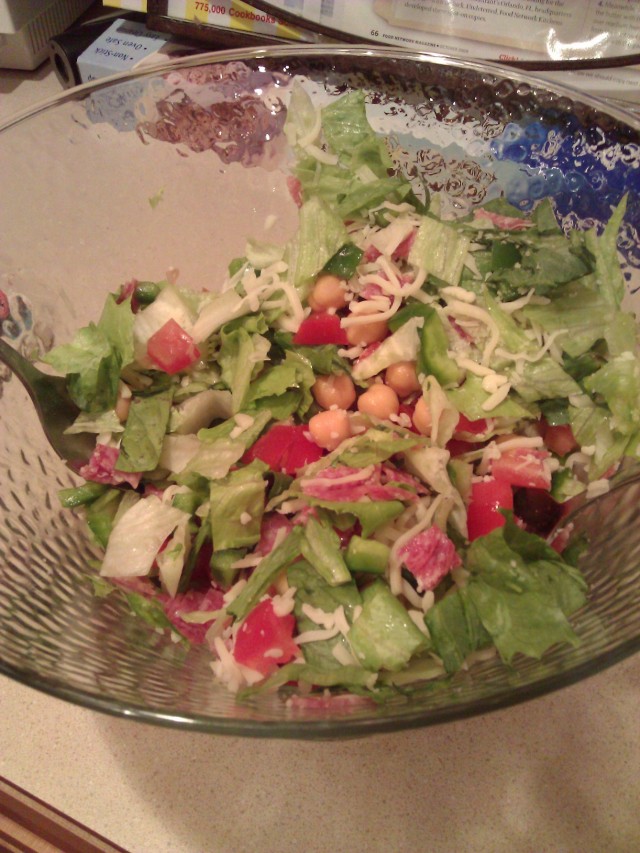 This entry was posted in Salad. Bookmark the permalink.