This reminds me of a legitimate Heigh / Sollie family dish- Spaghetti Pie.  May be you have also had that in your family.  I will say, this is a more tasty version- and worth the effort… nothing against spaghetti pie of my youth of course… also delicious.  ahem.

Start by making the filling.  Cook rice, water and salt and simmer with lid slightly ajar for about ten minutes until water is absorbed.   Turn off the heat and add the cream.  Cover and set aside for 15 minutes. 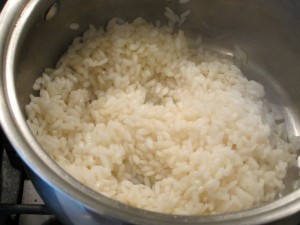 Sprinkle saffron over the top and mix thoroughly.  Incidentally, Saffron looks like this when you buy it. 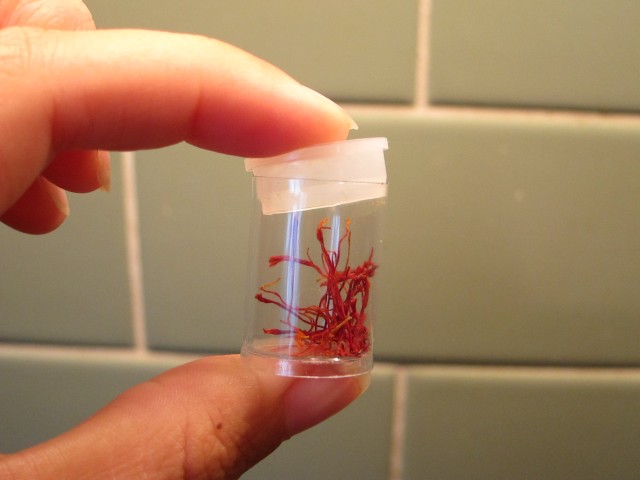 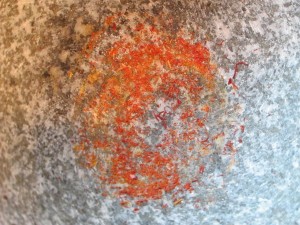 Cook onion in olive oil over medium heat with a pinch of salt.  The onion should be melty in about 15 minutes. 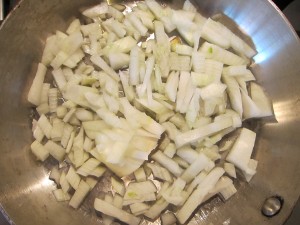 Mix the onions into the rice.  Stir in the Parmesan, herbs, and a cup of boiling water.

Next whisk and stir in four of the eggs.

At this point the filling is done and we can move on to the crust.

For the dough, mix the crust ingredients until they are shaggy.

(PS- this whole time I thought the book kept saying, “shaggy mess” it was really saying “shaggy mass”  I think I had more of a shaggy mess on my hands, but no bother…)

Knead for about five minutes (careful not to over-knead this one) and let it rest for about ten minutes. 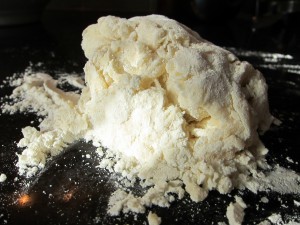 Roll out the dough.  It should get very thin.  I thought I wasn’t going to have enough about a quarter of the way through my rolling- but it all worked out.

Put your dough in a greased pan.  9 x 13 if you are making the whole recipe.  I’m living on the edge and going smaller.

Dump the filling in the pan and fold any extra crust over the top.  Brush with a bit of mixed egg.

Bake at 400 for almost an hour- or until it gets puffy and golden brown.

Serve with a generous spoonful of the tomato jam.  I made the tomato jam previously- and let me recommend doubling that recipe- because it was delicious- and I found myself wanting more. 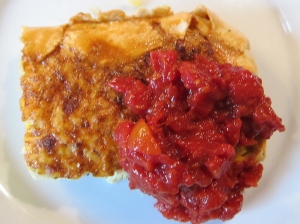 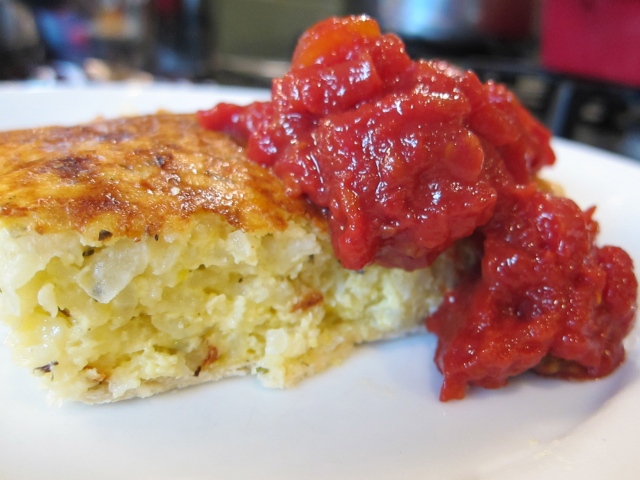 Take a bite.  And then another.  Wish you made more jam.  Oops, take a picture before it’s all gone!

This is another recipe from Cooking with Italian Grandmothers.