pl n
(Cookery) dumplings made of pieces of semolina pasta, or sometimes potato, used to garnish soup or served alone with sauce
[Italian, plural of gnocco lump, probably of Germanic origin; compare Middle High German knoche bone] from here
I really never knew that gnocchi could be made from anything other than potato.  I had to look it up to be sure.  I was wrong.  TECHNICALLY this is Gnocchi.  Semolina Flour Gnocchi.
In my mind it is more of a pillowy biscuit.
Start by whisking the Semolina flour into simmering milk until it is thick and velvety- about ten minutes. 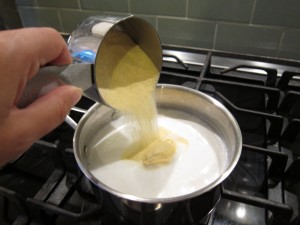 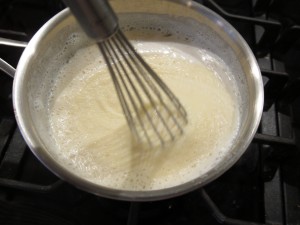 Making this gave me flashbacks to the polenta fiasco– fortunately, it didn’t take as long. 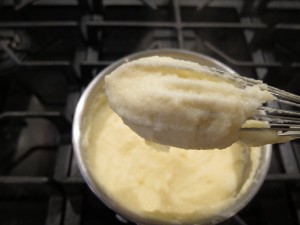 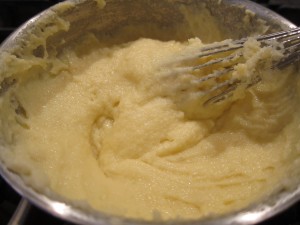 After it is quite thick, remove from heat, add parmesan and eggs.  Pour it into a baking dish and pop in the fridge for about an hour. 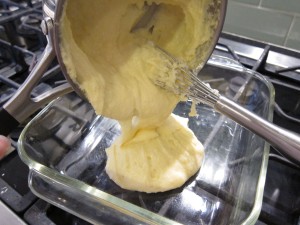 Use a cutter to cut into circles (or a glass) Something about two inches in diameter. 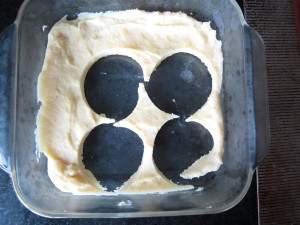 Put them on a baking sheet and bake at 400 until golden brown and puffy. 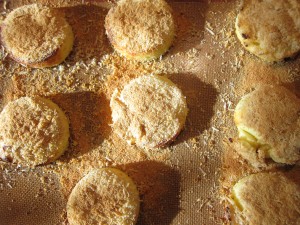 They turned out quite nice.  The recipe says that this is a main dish or appetizer.  I think it is more appropriate as an appetizer- or at least served with some other substantial sides.  We had it with a large salad and it was tasty.
The recipe also doesn’t say to serve it with any sauce, but we felt that it needed some.  We had some left over Ragu from our last gnocchi, so we had that on the side.   Yum. 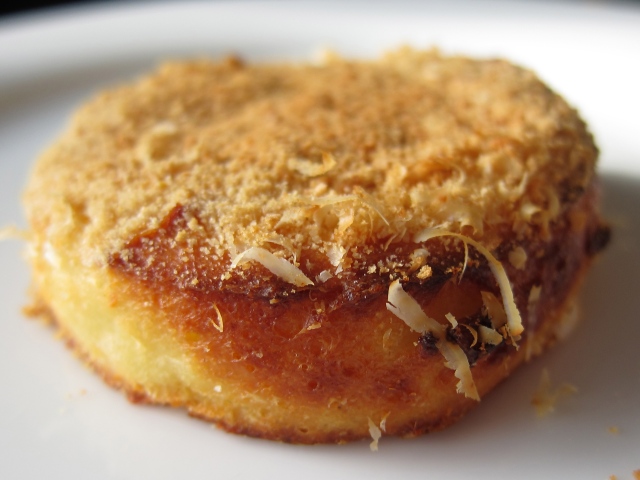 This recipe is from Cooking with Italian Grandmothers.

This entry was posted in Appetizer, Italian, Kitchen Diaries, Side Dish. Bookmark the permalink.